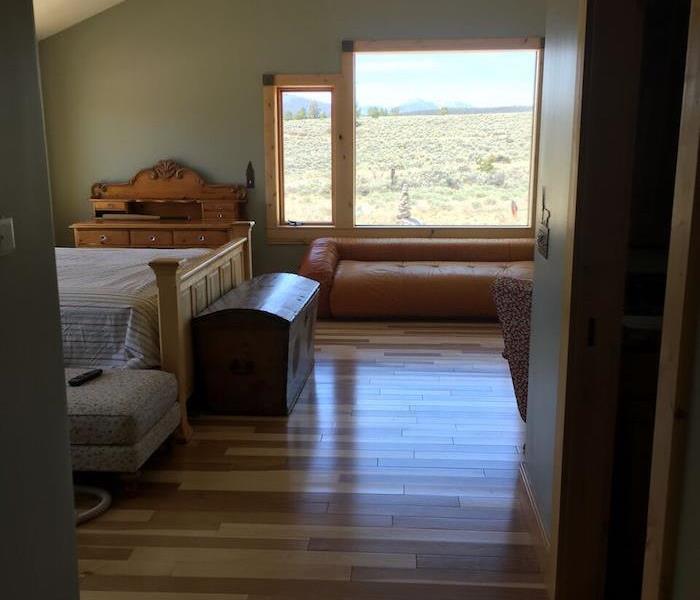 Water damage developed in this Telluride vacation home when a pipe broke. The home was unoccupied, so the hardwood flooring remained saturated for several weeks before being discovered. SERVPRO of Montrose / Telluride was called in to assess the damaged flooring and attempt to restore rather than replace. However, the floorboards were swelled and cupped so severely that they literally pulled loose from the subfloor. Unfortunately, the hardwood flooring was beyond repair. We brought in commercial air movers and dehumidifiers to thoroughly dry the subfloor before installing new flooring which is shown in the after photo. If your property suffers water damage, call SERVPRO of Montrose / Telluride. We are available 24/7.

View More Before & After Photos